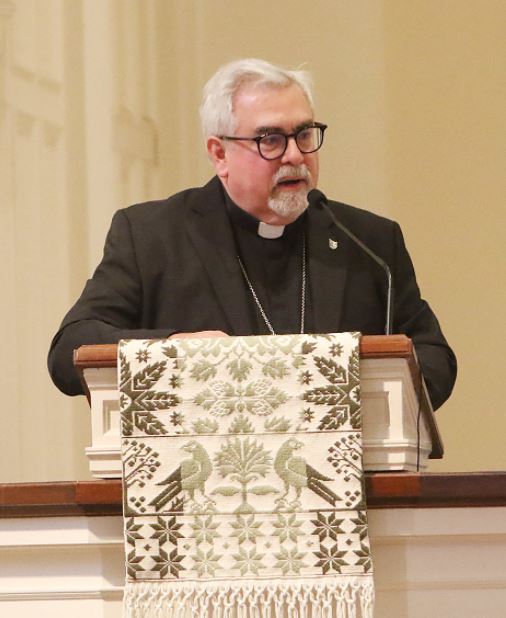 In a three-day celebration moving from Philadelphia to Lancaster and on to Gettysburg, United Lutheran Seminary’s (ULS) new head was formally inaugurated as a professor and president last weekend.

The Rev. Dr. R. Guy Erwin became president of the school in 2020, but the inaugural events were delayed due to the coronavirus pandemic.

Erwin came to ULS from Los Angeles, where he served as bishop of the Evangelical Lutheran Church in America’s (ELCA) Southwest California Synod.

The president holds bachelor’s and master’s degrees from Harvard, and a Ph.D. from Yale. Prior to becoming bishop, he was a professor at Yale and California Lutheran University.

On Friday afternoon, Erwin delivered an inaugural address after being conferred the Ministerium of Pennsylvania faculty chair as professor of Reformation church history.

The endowed chair was established in 1864, when the Philadelphia seminary was founded as more traditional Lutherans became convinced the Gettysburg school was too liberal in embracing the English language and certain theological convictions.

After a century and a half of separate existence and sometimes contentious relationships, in 2017 the two schools consolidated to form United Lutheran Seminary.

ULS continues to operate on both campuses, and fields an extensive virtual educational program as well.

Clad in a clerical collar, academic robe and dark red and blue blanket signaling his heritage as a member of the Osage tribe, Erwin also wore a Navajo-made cross and beaded Luther rose made by his sister.

The new president urged his faculty colleagues to teach not only concepts and ideas, but to help students learn from their own and others’ life stories.

Especially important in the years ahead, Erwin said, will be the school’s equipping future ministers to embrace growing diversity and be faithful servants in a “remnant church that has moved to the margins” of American society.

In all it does, Erwin said, ULS must live up to its mission, “To equip people to proclaim a living gospel to a changing church and world.”

After Friday’s inaugural address, a rousing worship service sponsored by the school’s Urban Theological Institute was held in the Philadelphia chapel, followed by a banquet attended by faculty, alumni, and friends of ULS.
‍

On Saturday, Erwin’s formal inauguration as president occurred at a midpoint between the two campuses.

At St. Peter’s Lutheran Church in Lancaster, Erwin was installed in his new call by the Rev. Elizabeth Eaton, presiding bishop of the ELCA.

Present for the occasion were several ELCA bishops from throughout the northeast, including Rev. James Dunlop of the Lower Susquehanna Synod, who served briefly as acting president after the first ULS presidency ended abruptly in early 2018.

The current ULS professors, retired faculty from both predecessor schools, leaders of the six other ELCA seminaries, and representatives of ecumenical partner churches and other academic institutions also joined in the inaugural procession.

Preaching for the service of installation was the Rev. Patricia Davenport, bishop of the ELCA’s Southeastern Pennsylvania Synod, based on the Philadelphia ULS campus.

Davenport noted that like many throughout Christian history, Erwin, a gay man of Native American heritage, had faced challenges to his integrity and faithfulness.

“But God had the final word,” she said. “God opened doors” for Erwin to become “a pastor, professor, bishop, and now seminary president.”

“Today,” Davenport said, “we install a man who listened to the Lord’s call,” in the face of “sticks and stones” hurled against him “as an Osage gay man.”

After making promises to lead the seminary in accordance with its constitutional commitment to Christianity, Erwin expressed gratitude to serve as the second ULS president.

“It’s been a long time in coming,” he said, referring to a season of internal turmoil and pandemic-related hardships endured by the institution in its early years following consolidation.

But moving forward, the new president concluded, “May God continue to bless what God has called us to do.”
‍

In a final day of celebration, Erwin was guest of honor at a Music Gettysburg! concert held Sunday afternoon in the Church of the Abiding Presence on the Gettysburg campus.

Erwin’s husband, Robert Flynn, was the event’s narrator who recounted the crucial role played by the Seminary during the battle of Gettysburg and at many other times.

Erwin and Flynn divide their time between a home in Philadelphia and the stately presidential residence on the Gettysburg campus.

“The Gettysburg campus is a treasure,” Flynn said, “to the church, the nation, and this community.” The site, he said, creates “a sense of awe as we drive into town.”

He spoke of the “honor and privilege to live on this sacred ground that is a key part of the American narrative.”

Following a rendition of Amazing Grace by the Keystone Brass Quintet, Erwin rose to express his gratitude for the entire weekend, which, he said, “lasted as long as the battle of Gettysburg.”

“It’s fitting we draw to a close in this chapel,” he said, offering thanks for the music that “fed my soul.”

“I look into the future with hope,” the president declared. “The same promise that sustained Samuel Simon Schmucker (Gettysburg Seminary’s founder) gives us courage to face change and uncertainty in the future.” 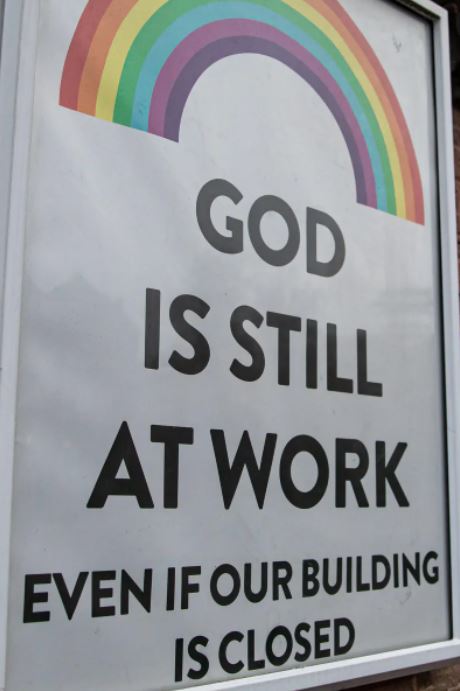 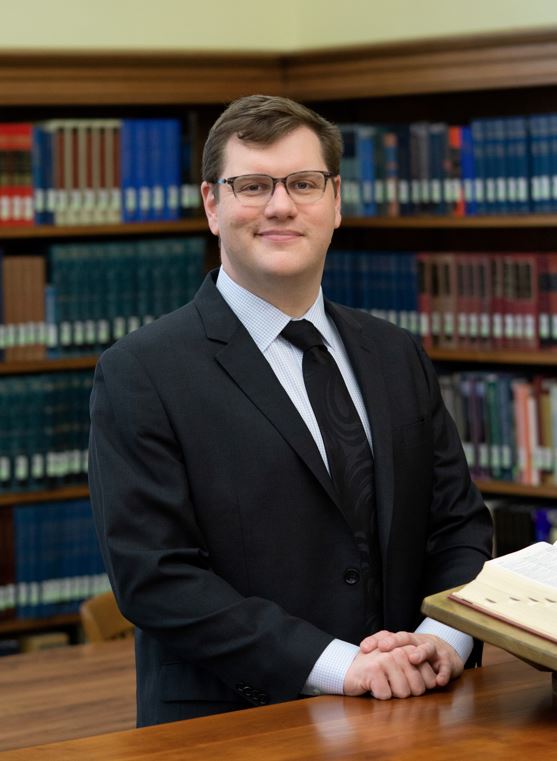