October 30, 2020
Commemoration of the Reformation​

The time that begins with Reformation Sunday and ends on the eve of All Saints is often a busy one in Lutheran institutions, and ULS is no exception: our annual Luther Colloquy took place this week, and our Wednesday worship service was dedicated to remembering the church’s reforming legacy. In normal times our chapels would be adorned with red paraments and one would see more public events, but even in the pandemic we were able to focus for a few days on what Luther and the Reformation events of five centuries ago can still mean for a church that is always reforming and always re-discovering its call to discipleship.

I was honored to be invited to preach in a number of congregations in our ELCA Regions 7 & 8 this Reformation Sunday, and—for a change—I was able to accept all the invitations and be digitally present in all those places at once. Having preached on Reformation Sunday every year for most of my career has made me quite familiar with the appointed texts, particularly the gospel lesson from John 8, where Jesus tells his listeners that they “will know the truth, and the truth will make you free.”

I have preached on this text in many contexts, in good years and in bad, to elderly folks and youth, to lifelong Americans and to those who migrated to the United States from other places—and I have always been struck by the many ways in which “freedom” is an idea that resonates with all. In some deep way, there is a longing for liberation in every human—but the constraint from which each seeks to be freed is different. In a North American context, freedom is usually associated with freedom of action or freedom of expression—with political freedoms measured against the freedom of others living together in an open society that prizes personal autonomy.

But the world of Jesus (or for that matter the world of Luther) knew little of that kind of freedom; both contexts were tightly bound by social and religious convention and the freedom of individuals (even those within a privileged—and generally male—leadership elite) to shape their own lives was extremely limited. What did the “freedom” Jesus promised mean in those contexts, or in any setting even today where actual political and social freedom is constrained? What could Jesus’ words about freedom mean to actual slaves, or those caught up in oppressive economic structures they can’t escape?

One could think of the political and social experiment represented by the history of the United States as an exercise in exploring the idea of freedom—of free people living and working in concert in a free society. We know this narrative to be a myth in the classic sense—it was a meaning-giving, often-repeated story that helped give shape to a kind of collective understanding of this country’s values. But we also know this American myth to be a myth in the narrower sense of being an illusion, a story that also conceals the conquest and depopulation of an inhabited continent and the establishment of a colonial economy based in large part on human slavery. Those killed for this land, and those imported in chains to work it—and all their descendants—have a right to question the ideas of “freedom” articulated by those for and by whom those ideas were formed.

But the American political conception of freedom still has power for us, and still gives hope—both here at home and around the world—to those who have not enjoyed its fruits. Even when unevenly applied, it is founded on a sense of basic human equality that challenges social and political convention and reaches across time to encompass the universal human longing for liberation from that which constrains us in life. And in this, it approaches the spiritual freedom Jesus speaks of in John 8, and which Martin Luther described in his writing “On the Freedom of a Christian,” 500 years ago this year—a freedom that transcends political structures and is inherent in every human person.

I see wonderful echoes of Jesus’ claim to bring to the world a liberating freedom in all the aspirations for freedom and justice around us today: from “Black Lives Matter” to Pope Francis’s new encyclical “Fratelli Tutti,” the world still cries out to experience and articulate a freedom all the children of God already feel within themselves, a freedom deep and fundamental and yet imperfectly realized in life. This freedom is the freedom toward which political systems and constitutions grasp toward without ever fully reaching it: a freedom that goes beyond laws and rules to believe and claim that what God has made us to be, no other human can deny or remove. This is a truth about who we are—God’s own creation—that sets us free from each other and even from ourselves. In this truth we can understand our existence and our purpose and our spiritual and bodily integrity as God-given. This is the liberating power of the gospel for us and for our world.

But at the same time, we also know that we are not alone in our existence. We know we are not independent but entwined in a social, economic, and political structure in which we balance mutual obligation and personal autonomy every day. This year, in the days that fell between Reformation Sunday and October 31, Reformation Day, another police shooting of an African American occurred—this time in Philadelphia—and the litany of grief continues to be sounded by a people who know as a painful daily reality the ways in which the American myth of freedom and equality is a hollow idea. We also enter the waning days of a presidential campaign that has—to a degree unprecedented in my lifetime—descended into race-baiting and hate, stoking the insecurities of a fragile white supremacy and even invoking violence. We see attempts to limit the freedom of women and LGBTQIA+ folk—freedoms that enjoy popular support by the majority—through the strategic rear-guard action of planting radically conservative judges on important courts by lifetime appointments. We see so much that seems at odds with both truth and freedom in this country right now.

Where does that leave us, we who believe both in truth and freedom as God-created, God-given realities and not just defined and conferred by human laws—even religious laws? It leaves me hopeful that again in this generation—as in many others in the past—many will grasp the idea that a right and a freedom that we do not defend for others, we forfeit for ourselves. I pray that we will be called to a greater, deeper solidarity with other human beings, especially those we know are suffering from social and economic disadvantage even in countries ostensibly committed to equality and freedom. I hope that our own inner sense of personal integrity will lead to greater courage in insisting that our societies recognize the dignity of each person.

I find the teachings of Martin Luther in his Small Catechism (the most basic possible articulation of a Lutheran Christian faith) to be the most compelling things he ever wrote, and they help me every day in my struggle to be a follower of Jesus in a complicated and conflicted world without easy choices. Luther’s advice is practical and timeless: Love God—and show your love in your care for your neighbor’s well-being. This is my lodestar in trying to live a Christian life in a world in which I have a limited set of choices in any given situation—to try, to the best of my ability, not to live selfishly but in the consciousness that my choices have an impact on others. To remember that agency means responsibility; that every unearned privilege means an opportunity for self-giving for others’ sake.

Which leads me to Election Day next Tuesday: Rob and I plan to stand in line as long as it takes to add our votes to the millions of others that have been and will yet be cast, in the hope that in this small exercise of individual freedom we can again demonstrate our faith in an American future in which the myth of equality and freedom can be lived out more freely and completely, especially by those whose race has disadvantaged them from the beginning of this country’s history. We will vote for our neighbor’s sake. We will be voting—if in some ways only indirectly—for universal health care, for economic justice, for the power of women over their own bodies, for the equality of all marriages, for voting to be easy and fair, and—ultimately—for a peaceful transition of power to a new presidency. We are voting our faith, and we are voting in hope. I hope you will be voting, too.

The gospel for All Saints Sunday is from Matthew 5—the Sermon on the Mount—and contains Jesus’ list of blessings for the faithful as they try to live in righteousness. As a blueprint for social democracy, the Beatitudes have often been characterized as a kind of pious wishful thinking, but this week, I am hearing them as a consolation and an encouragement to those who live in a world they wish was different from the way we have made it right now. And hearing them again, I am strengthened by these words to trust in God to guide us.

May God bless and keep you in these days! 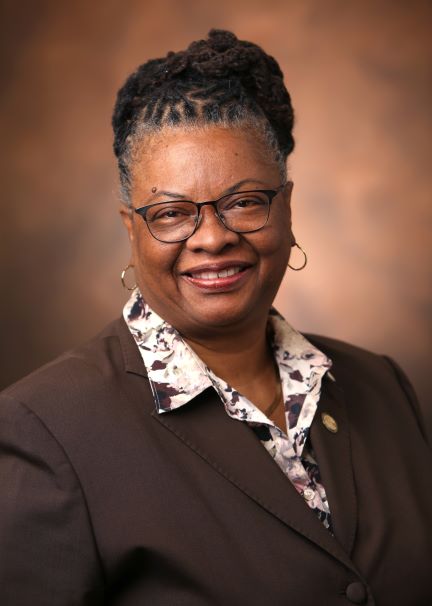