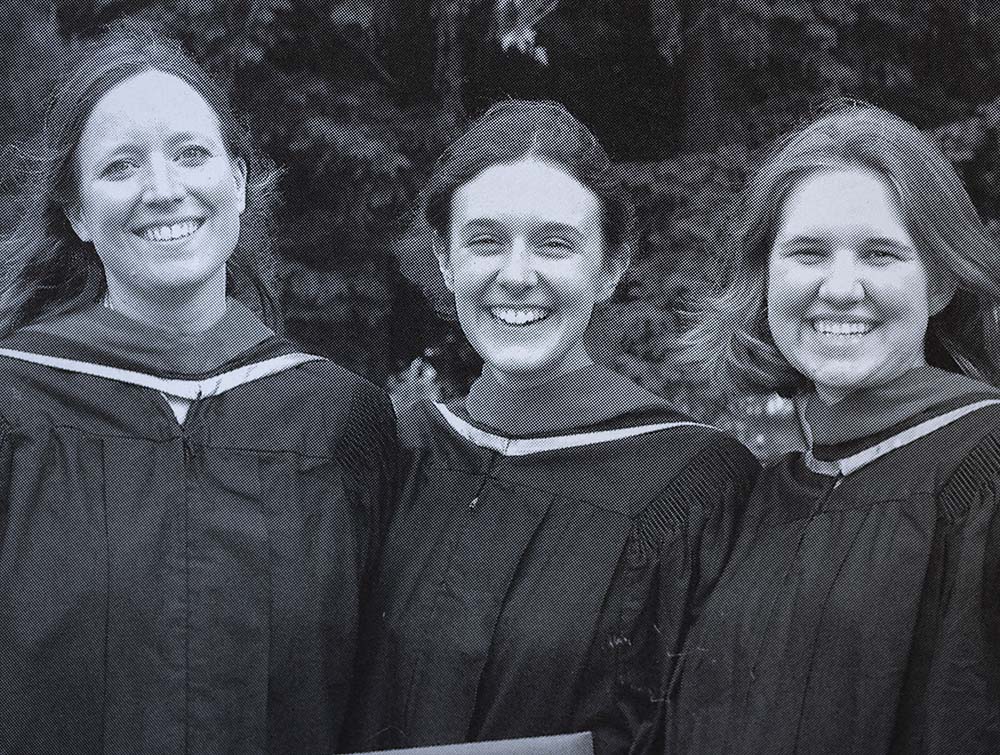 Discerning a Call to Ministry and Academia

While she was still in high school, Anna Mercedes (‘03 LTSP) felt the call to ministry and during her time in college she began to look at seminaries.

After receiving her B.A. in Communication with a focus in Conflict Mediation from James Madison University, she continued her education at LTSP. Initially enrolling with the intent of working toward a Master of Divinity, Anna began to find herself being pulled to the academic side of seminary.

This was reinforced by one of her professors, Dr. John Hoffmeyer, who pointed out to her that not everyone enjoyed spending whole days in the library as much as she did. Up to that point, it had not occurred to Anna that there was anything unusual in wanting to spend entire weekends in the library searching for stories, working, or relaxing: specifically, camped out beneath the Doberstein window, fascinated by Bonhoeffer, Luther and Melanchthon, doctrines of Trinity, and old hymnody.

After much thought and deliberation, she answered the academic side of her call. She tried a year of academic theology through the STM program at LTSP, during which time it became clear that further work with feminist theology would help her think through Lutheran theology with new tools. Focusing her career in this direction, Anna set off to Drew University to work with Catherine Keller, beginning a PhD program in fall 2003 (she graduated in 2003 from LTSP with an M.A.R. (2002) and an S.T.M degree (2002) ).

When she began her teaching career, Anna still felt the call toward sacramental ministry. For this process, she had to request the synod to transfer all her documents in order to not have to begin seminary all over again.

Years later, she happened to be reconnecting with Heidi Neumark (LTSP 1982) at the Saint John’s Abbey guesthouse, when another pastor overheard their discussion and happened to know of another person in that same situation.

Over spring break in 2018, Anna taught sessions at Holden Village in Washington. While she was about to board the ferry to the village, just about to lose phone reception for the duration, she received a message from her bishop that her file had been approved and that she could answer a call to her campuses.

ULS: Which came first, the inclination towards ministry or towards academia? Any advice for someone trying to reconcile the two?

For someone trying to reconcile the two, I’d say, surround yourself with a great host of company that can help you discern your path and reflect your various calls back to you.  You probably need people inside and outside your church body, and people inside and outside academia, to help you monitor your energy and gifts and your fluctuating sense of call over time, and then to eventually arrive at a way forward.

What would you say to someone who feels a call to ministry, but also feels pulled to other contexts?

I think it’s helpful to remind yourself that the rules and procedures of any given church body aren’t the same thing as the wideness of the Holy Spirit moving in our lives.  Sometimes the Spirit is up to things that don’t fit. I had to laugh through the years when I would hold Reformation theology against my story and laugh at the juxtaposition.  I mean, Luther would have found it absurd to argue that a person needs to be only a teacher or a pastor, and, if a pastor, then a pastor at least 20 hours weekly in a congregational setting for three years before another setting.  But, Luther also may have found it absurd that as a woman and mother I was feeling sacramental and academic calls at all.

So I think it’s good to honor the strange unfitting calls you may feel, and share them with a community—like our churches with all their procedures, and those who study our histories and theologies, and those who know you deeply.  When your call is to serve others you can sometimes let those others sort it out a bit.  You don’t have to figure this out alone—in fact you shouldn’t, because the call is a communal thing.

Throughout your story, there are several points at which you were required to make a decision. Do you have any heuristics or mental models you use to help you decide which direction to take, while taking into account your specific calling, passions, and opportunities?

Just a communal model—I figured that if I was truly called to the church, then the church would find a way to have me, and they did, in the end.  But I was a file that was open for twenty years—1998 to 2008—fully half of my life (I was born in 1977).  So, a communal model with patience!

How did you deal with the stress of waiting for the candidacy and call process?

Honestly, I was so busy teaching and mothering and paying student loans and visiting my grandmother and writing my book and earning tenure…I could go on!…that I wasn’t very stressed about how candidacy would work out.  I couldn’t figure out where sacramental ministry was going to fit, I just knew it was who I was.  The structures of the way life is organized (for example how we earn health care by working full time, how we pay for education, how we provide for family members, how we classify a congregation call) were the things preventing me from answering my call—not any lack of clarity about the call.  I was so busy meeting the day to day demands that I had to wait for the church to sort out the structural problems and ask for my service.  And it did, slowly.  I do worry for people who are called, but for whom the structures are never cleared.

What are some of the unique opportunities of being a Lutheran at a Catholic school? Are there any specific moments or experiences that have stuck out to you?

I am so excited to begin worship services with the Protestant students on our campuses.  The campuses have a strong desire for ecumenism, and this is in keeping with that.  It’s only been in recent years, however, that our undergraduate body has shifted to have so many students who are not Catholic.  Meanwhile we haven’t had worship services specifically designed for them with any frequency.  The campus ministries on both campuses, Saint Ben’s and Saint John’s, are both eager to provide for a greater number of students on campus.

A moment that really sticks out is the ordination itself.  Benedictine Sisters provided the space, carried in the cross and incense, and welcomed everyone.  Benedictine monks offered Latin chant.  Local Lutheran congregations provided the elements for the meal and served the break and wine at stations.  The pastors of the two ELCA congregations that have supported me in Minnesota presented me and placed the stole around me.  Protestant and Catholic students, and a beloved Muslim alumna, stood behind the altar and offered the charge.  Among the clergy in attendance were a variety of Protestants and Catholics and one Zen priest, and our very gracious local ELCA bishop, who moved through this diverse company with grace—and ULS’s own John Hoffmeyer, who preached a sermon that I still hear echoing when I look at bread and wine.

What would Luther, whose movement shut down women’s monastic communities, think of the ordination of a Lutheran pastor in a Benedictine monastery?  How do Benedictine women, some of whom have calls to priesthood they have been unable to answer, feel as they welcome a Lutheran woman to be ordained in their space, to preside at their altar?

I know that ordained friends who were unable to be there in person raised their hands over their screens during the live stream of the laying on of hands, and joined in this odd ecumenical gathering.  Some were LTSP grads, and some were CSB/SJU grads.  One particular CSB alum, now herself ordained in the UCC, wrote me to say how powerful it was for her to watch from a far and see me presiding in the women’s monastic space that was so important to her through all her years in college.  We are just beginning to step into the ecumenical possibilities of my call, and I am so grateful to the many, many people through twenty years of story who shepherded us to this moment. 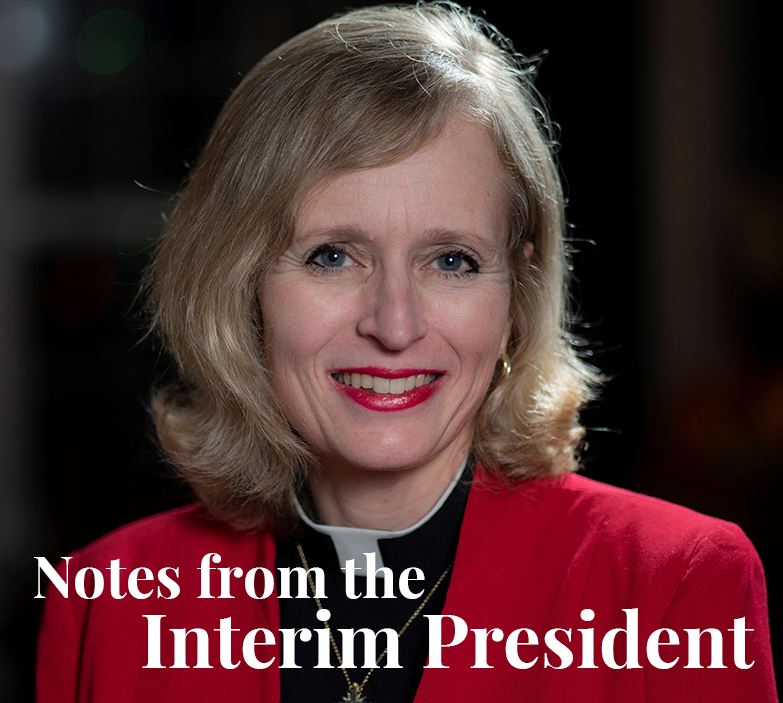 Notes from the Interim President January 24, 2020 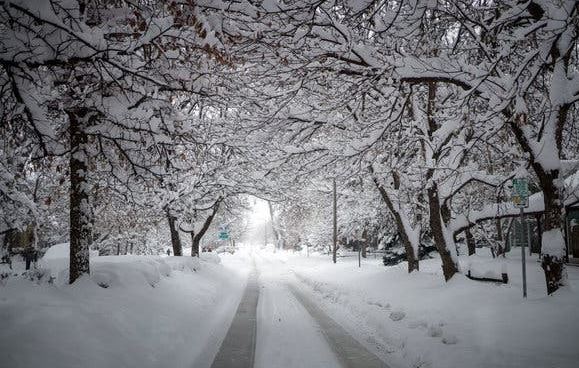 ULS Weather and Other Alerts 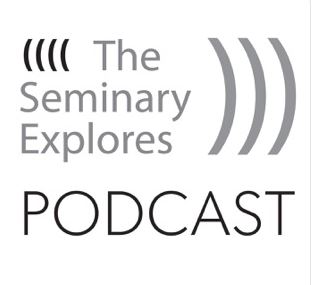