This past Tuesday marked my first full month as president. I’ve learned so much from talking with various ULS constituencies both on-campus and off, and I recognize there is still much to learn and--even more to accomplish--over the next  months and years. One of my principal goals is to establish regular lines of communication among us, especially during this time of COVID-19 caution, but also as a general thing even once we’re able to be together physically again.

Part of that communication, from my perspective, is being open and honest about what I believe our faith calls for us to say and do in the times—and the society—in which we live. Martin Luther,in his interpretation of the Ten Commandments in the Small Catechism—one of our most basic Lutheran statements of faith—made it very clear that obedience to God’s commands requires not just refraining from harming others, but working actively to the benefit of our neighbors and the community around us. Luther’s world was much smaller than ours, and the agency of each ordinary Christian more limited than most of us enjoy today, but the principle he articulated remains valid: to love God means to love (that is, to help and support) our neighbor.

It is in that spirit that I will on occasion reflect on the events unfolding around us in society and in our nation. I am not a political pundit, and I try to steer wide of partisanship and personality politics, but I believe that there are issues and questions of moral importance that we as Christians must address. I will never assume that I alone have a “correct” interpretation of any one point or a unique insight about what actions and attitudes we are called to as followers of Christ, but when it seems important to do so I will keep my ordination promise to promote not just the gospel, but also justice and peace in the world.

Last week, when I commented on the police shooting of Jacob Blake in Kenosha, I felt it important to say, both to and for our ULS community, that I am convinced of the existence of pervasive racism in our society and its systems—including law enforcement and the justice system—and I support every useful way of reducing racism’s effects. I embrace the principles of nonviolent protest, and support everyone’s right to use nonviolent means to make their views known, within the bounds of public safety.

After I issued last week’s“Reflections,” I received a small number of messages from individuals in the wider ULS community who took offense to my point of view on the shooting of Jacob Blake and the issue of systemic racism within law enforcement. This was not a surprise, as I have been in positions of leadership in the church for some time and know very well that there is a great diversity of opinions on many issues among American Christians, and even among ELCA Lutherans. I don’t seek controversy for its own sake, but I know that positions I express might not be shared by all in the wider community. I do not expect uniformity of opinion, and I do try only to weigh in only on issues I think are both important and on which the church has as clear position to take. I trust members of our extended ULS community to be able to manage differences of opinion and perspective without cutting one another off, by listening well, and by trying to put the best construction on others’ words and actions. At least that is what I will try to do. Our gospel lesson for this coming Sunday has some things to say about that.

But the racism pervasive in American society is not something I believe any of us should ignore or minimize, and I believe that in the present moment we have a duty to confess our belief in the equality of every human being of every race—all alike children of the same God—and do everything we can to redress injustices that have been baked into the very framework of our life together as Americans. That’s not something I believe needs to be debated, but rather acted upon. And it is in that spirit that I received with gratitude the recent letter from the ULS student government asking for some concrete movement on long-promised ULS goals to work against racism.

I am happy to say that I believe I will be able fill the position of Director of Equity and Diversity within the current semester; that person will then assist the whole community in the development and application of regular anti-racist trainings and workshops for all segments of the ULS community, including its board of trustees. Together we can listen to the experiences of others, learn common language to use in talking about race together, and explore what it means to be anti-racist leaders in a church dedicated to proclaiming God’s mercy toward every human being. This is not a “one-time” matter, but one that needs to be stitched into everything we do as a community.

In addition to that year-to-year ongoing work, I will encourage the faculty to take up with earnestness the call to develop a more anti-racist approach to pedagogy and the seminary curriculum. I believe that our faculty are already committed to this in principle. I don’t see further work in this direction as in any way weakening our commitment to the teaching of biblical studies, theology, history, and praxis of church leadership we already do, but enhancing it and opening it up to new perspectives. I also believe that with a combination of new faculty hires and some natural turnover, we will develop a more diverse faculty over the next few years, while maintaining ULS’s traditional excellence in teaching and scholarship.

Though I have already been with many segments of the community through various Zoom calls and meetings, I would like to find some ways to get to better know some of our students. In ordinary times I would invite them to some social interaction, but that’s much less natural(in fact quite stilted) done digitally. I’m open to suggestions that can help me get acquainted, especially with small groups, and I am willing to work my way through the “campus” that way. It doesn’t really matter which campus I—or they—are on, though many of you noticed me on the Gettysburg campus on Friday and Monday just past. I’ll be back there again late in the week after Labor Day and probably through that weekend, and at least once more later in September for a few days. I will let you know through these messages what my plans are,and I say each day on my Facebook page where I am, for those interested in that level of detail.

I love the Gettysburg campus and can’t wait to establish a permanent foothold in Lewars House this fall. In the meanwhile, Rob and I expect to be ensconced in a new home we have chosen in the Philadelphia suburbs by Thanksgiving. Unfortunately, it is not in walking distance of the campus as I had hoped, but there were no appropriate houses we could afford that were that close, and my drive to campus will be short. We can’t wait for the pandemic to lift so that we can have guests!

This past week and a half were busy ones on other fronts, too, and included meetings with several faculty members who are overseeing the self-study for both Middle States and the Association of Theological Schools, the Faculty Executive Council, ELCA bishops from Regions 7& 8, and preaching at the worship service last Wednesday from the Philadelphia chapel. I look forward to my first full faculty meeting week after next. The meetings and events just keep coming.

Our Fall Convocation kicks off on September 10 with a three-part weekly series of Zoom sessions with guest presenters in collaboration with the outreach team of Lutheran Immigration and Refugee Services (LIRS) called Entertaining Angels. Registration is required to obtain the Zoom link. The 40th anniversary of the Urban Theological Institute will be celebrated September 22-25 on Zoom and YouTube. Read more on “UTI40.” I hope you can join me for some, if not all, of these upcoming events. I’ll be sharing more on Fall Convocation in the forthcoming weeks. In the meantime, you can view our calendar here.

In this coming Sunday’s gospel lesson from Matthew 18, Jesus gives instructions to his disciples on how to mediate disagreements among them. The steps are very familiar to us: first private,then gradually more public, and then before the whole church, including the ultimate possibility of a break in fellowship. But it’s not the “how” but the “why” that is most important to Jesus—because reconciliation and love among his followers is a testimony to his ongoing presence among them. We seek to cultivate that spirit of reconciliation here at ULS—a spirit that strives to protect the dignity of each and promotes harmony in working toward the goal most basic to us: being committed to the love of God and of one another.

Have a safe and enjoyable long weekend.
Yours in Christ, 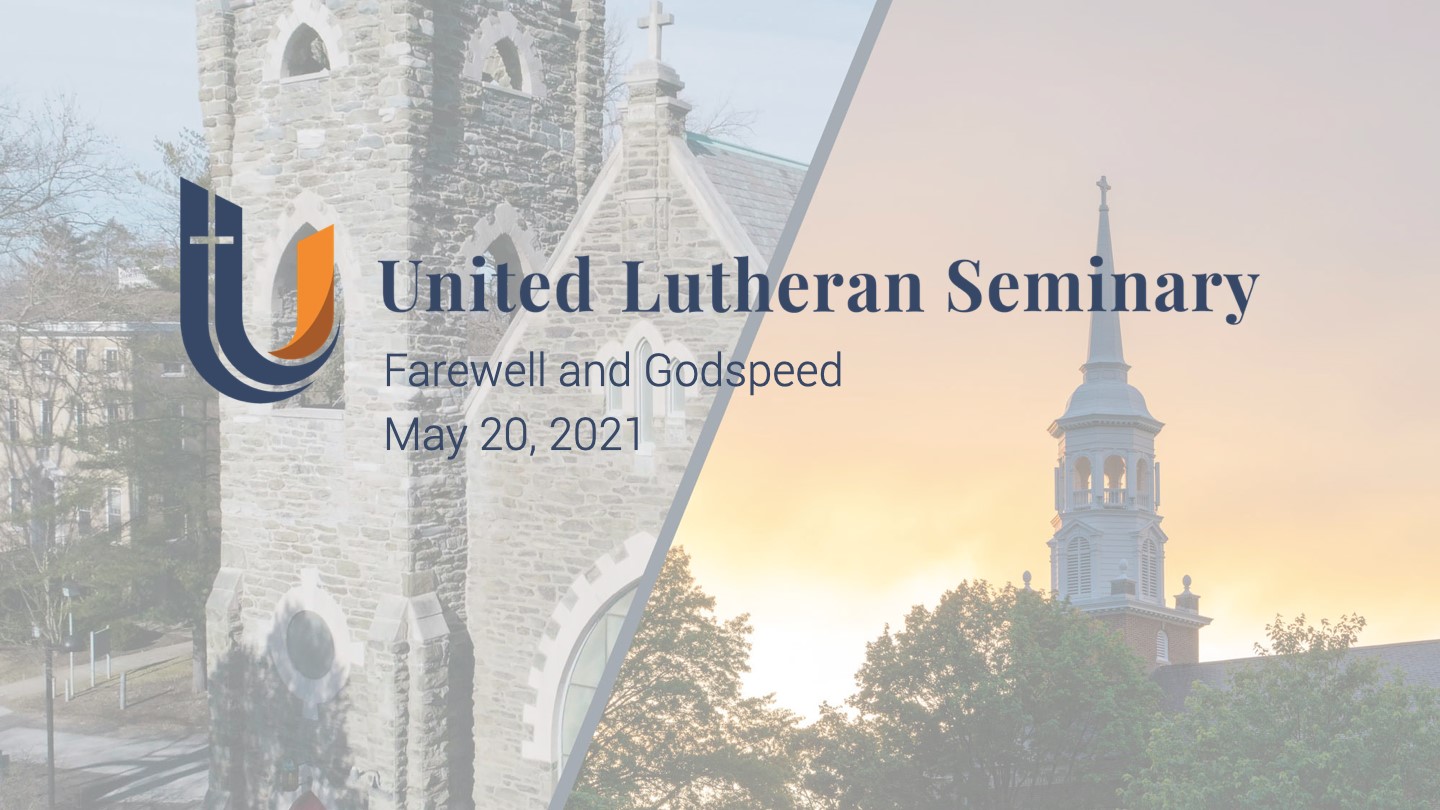 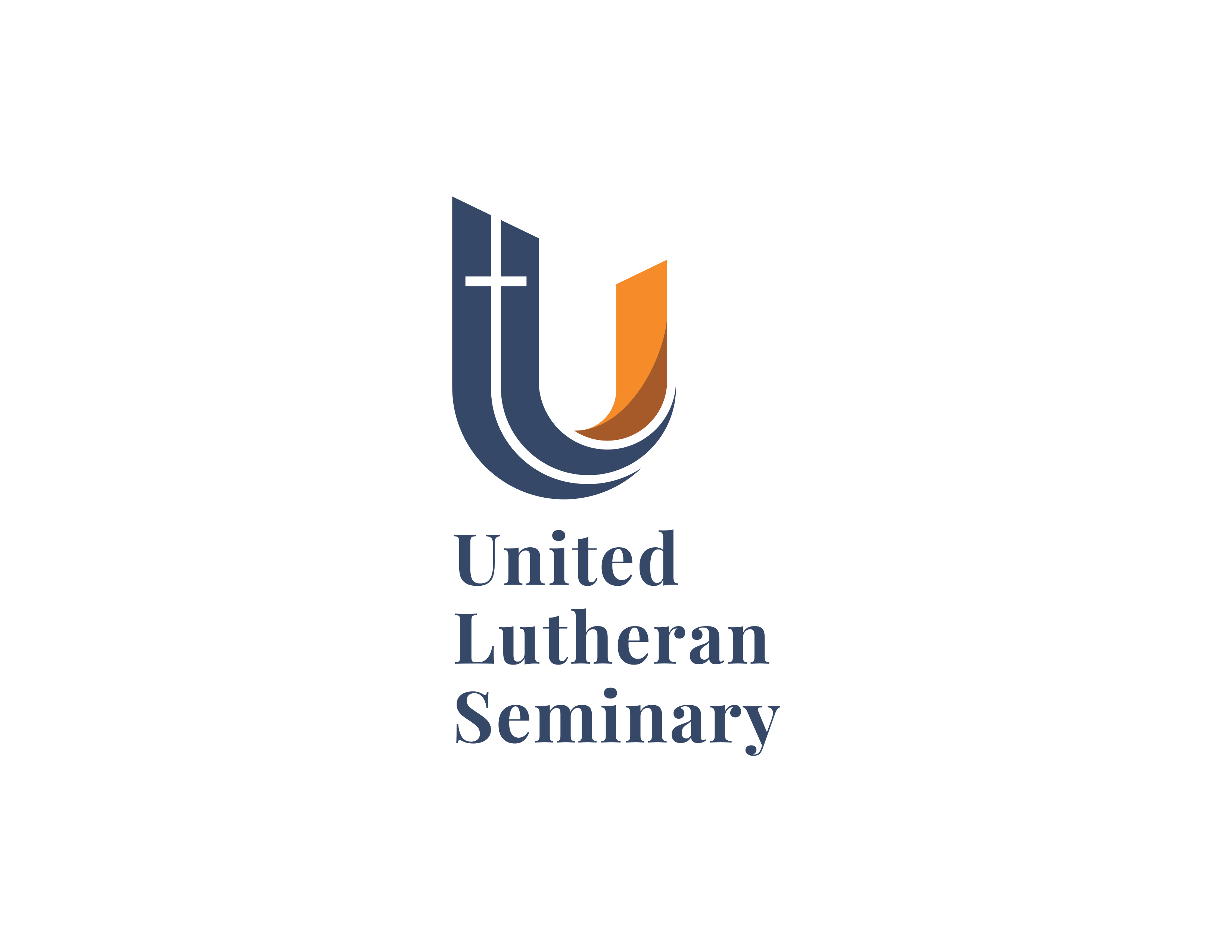 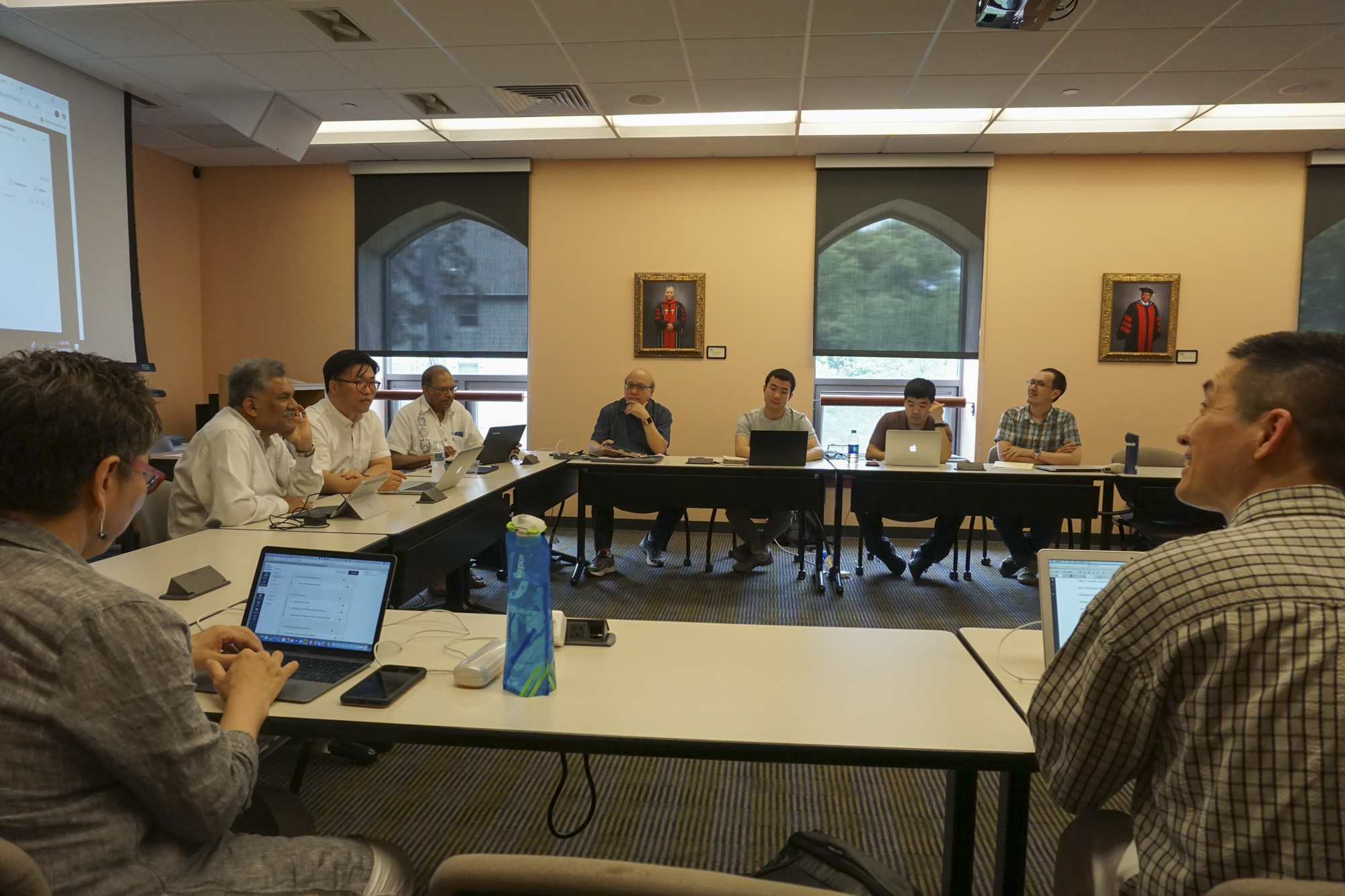 Service of Farewell and Godspeed on May 20 and the 2021 Commencement Ceremony May 21 on the ULS YouTube channel.