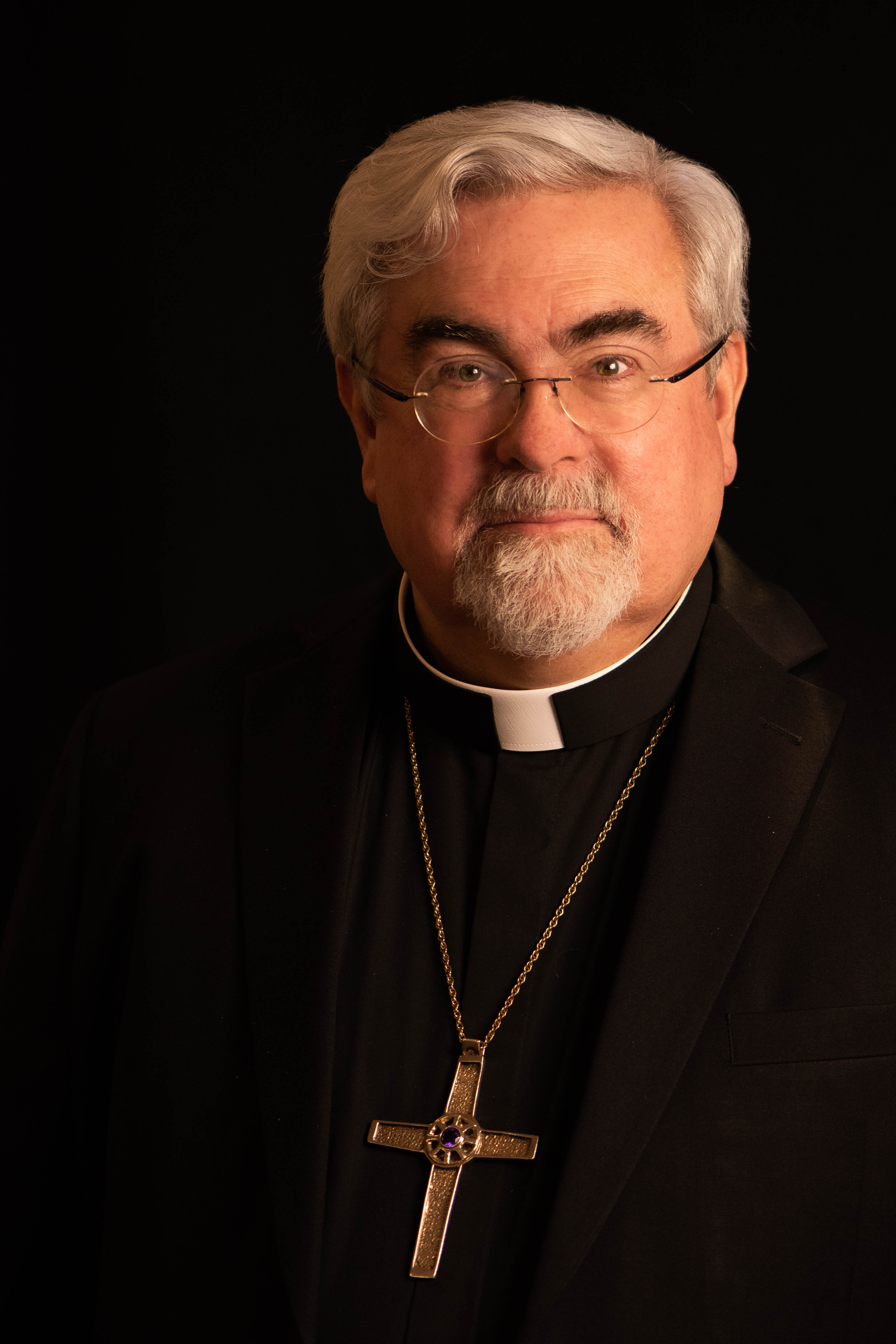 It’s been a very busy couple of weeks since you heard from me last, and yesterday and today have seen the culmination of that. I expect these words won’t reach you right on Friday (as normal) because it is Friday already and I am not finished with them yet. But I know you will receive them graciously even if they are a day or two late.

Several things swirl in my head as I sit down to write: the ongoing conversation around Black History Month, both nationally and in our Seminary’s neighborhood; my increased schedule of visits to congregations in our region that have strong ties to ULS through their generosity, and the annual visit of the ELCA Regions 7 & 8 bishops to our campus (this time, the Gettysburg campus). That latter gathering ends today, and by the time I finish this, will be over. I’ll tell you today about each of those big things in turn—they aren’t by any means all that’s going on at ULS, but they’re “front of mind” right now.

First a bit of history: Those of you familiar with ULS’s Philadelphia campus may know that it is in a neighborhood called Mount Airy, that was before the American Revolution the summer estate of William Allen (1704-1780), a prominent and wealthy Philadelphia merchant, attorney, and land developer who (among other things) served as the chief justice of the high court of the Commonwealth. Allen was also a Tory and a slaveowner. His mansion, Mount Airy, (now long gone) stood on Germantown Avenue precisely where the later James Gowen mansion was built, now ULS’s Hagan Hall. There is no surviving structure on the old Allen estate, but it lingers on in the name of the neighborhood, and in a street (Allens Lane) that ends at Germantown Avenue right in front of where the Allen mansion used to stand. The nearby SEPTA rail station is also called “Allens Lane.”

A few months ago, a group of citizens of our neighborhood and their elected representatives on the Philadelphia City Council took to the city a proposal to rename Allens Lane for the Rt. Rev. Richard Allen (1760-1831), one of the most prominent African American religious leaders of his time and founder and first bishop of the African Methodist Episcopal Church. Some of you may remember the US postage stamp issued to commemorate him in 2016 as part of the USPS Black Heritage Series.

Anyway, the proposal to rename the street from (William) Allens Lane to (Richard) Allens Lane seems to have sailed through the City Council in record time, and a rededication was held last Monday morning, February 14, (Richard Allen’s birthday) with an enthusiastic crowd of very chilled people bundled up against the frosty wind. A handful of kids from the Richard Allen Charter School helped unveil the new sign. I received a personal invitation to attend from both our neighborhood City Councilperson and from our State Representative, both of whom are friends of the Seminary (below photo).

There will be another event when the weather is better to rededicate the Allens Lane SEPTA station with some historical markers to tell the story of Richard Allen and of the renaming of this place. I found the event to be inspiring and appropriate. We are not erasing our nation’s clouded history, but re-framing and re-interpreting historical facts in a new, more complicated reality—that the long shadow of slavery clouds our society still. I expect to be invited to speak at the upcoming event, and I will tell the community that though the Seminary is a relative newcomer to Mt. Airy from the perspective of the story of the two Allens, it is committed both to remembering the truth of the past and to promoting equality and justice in the present and future.

In other news, the relaxation of the pandemic restrictions has increased the number of invitations I have received to visit our most supportive congregations, and I have entered a busy spring schedule with visits both north and south: one Sunday in Baltimore’s Inner Harbor and the next in Stamford, Connecticut, in New York City’s eastern orbit. Christ Lutheran Church in Baltimore is a fine example of an urban congregation that has steered a sure course through urban re-development, adaptive re-use of its real estate, and changes to its neighborhood to remain a relevant and influential part of its community. Rob and I were delighted to spend some time with the congregation’s pastors, the Rev. Amsalu Geleta and the Rev. Patrick Ballard, and we learned a great deal about the congregation’s story. It was nice—in turn—to be able to express once again the Seminary’s thanks for the congregation’s long and very generous investment in the Seminary, a relationship we know will continue well into the future.

The following weekend, in Stamford, I visited St. John’s Lutheran Church, a very well-established congregation in an affluent suburb of New York. Even in affluent communities, congregations like St. John’s find themselves called to serve people on the margins, as demographic shifts call for cultural understanding and economic changes create instability even in populations normally considered well-off. The pastor there, the Rev. Duane Pederson, has deep experience of ministry in many settings, having served also as a synod bishop in Wisconsin, and I have thought of him as a friend since that time.

Both in inner-city Baltimore and suburban Stamford, though, the challenges facing even strong and large congregations due to the pandemic are very great—the uncertainties about the future are many, and the fatigue felt by rostered and lay leaders is very deep. We are committed at ULS to finding new ways to help—perhaps by providing spiritually-guided respite retreats on our campuses, or “best practices” workshops to glean the wisdom and experience of the pandemic time for use in thinking about the future.

This provides me with a smooth segue into the final big event of this week, the gathering of the ELCA Regions 7 & 8 bishops we hosted in Gettysburg Wednesday supper through Friday lunch. We had originally planned a trip to the Holy Land with those same bishops this month, but since the COVID situation made that impossible, we fell back on the simpler, older, custom of an on-campus visit. But we made it, too, as much of a respite as we could, and still bring them up to date on the Seminary’s work.

We started with a dinner in Lewars House without program or even staff (except for me and Rob and a cameo appearance by Echo), and just let the bishops and their spouses relax. Then we went through a gentle set of meetings (no handouts; no PowerPoints) and conversations with staff, faculty, and students on Thursday and Friday morning, with time for recreation and very nice meals together; then on Friday midday we ended with a brief visit to the battlefield to hear Dr. Jill Ogline Titus of Gettysburg College (below photo) tell us how the monuments of the National Park reflect the ways in which Americans

have tried to process and interpret what the Civil War meant—often in self-contradictory ways and ways that subvert the idea that the war was fought for freedom and equality and an end to human slavery. Though we nearly froze to death in the chill wind, the content was gripping and compelling, and a good addition to this month of truth-telling history.

I’m sorry to have gone on at slightly greater length today, but as you can see, there is a lot going on in my life and the Seminary’s. We are blessed even in our challenges, by the fact that our work in preparing leaders for the church is so richly supported by the church and its current leaders. We are also blessed to have work that is tremendously important now, in this age of anxiety and uncertainty. I continue to be grateful for you, our friends, and for your prayers for me and for ULS. 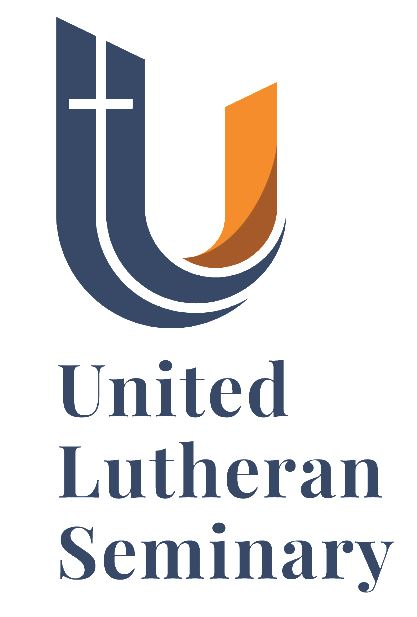 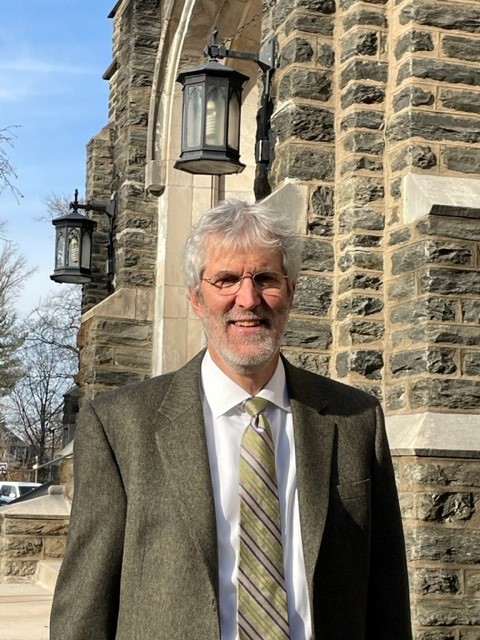