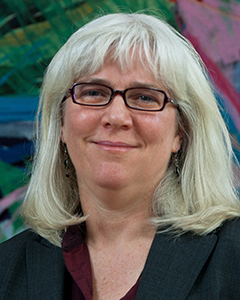 The Rev. Dr. Storm Swain completed a PhD in the Psychiatry and Religion program at Union Theological Seminary in New York, with her dissertation topic “Trinity, Trauma and Transformation: A Trinitarian Pastoral Theology reflected in the experience of the Chaplains at the 9/11 Temporary Mortuary at Ground Zero” under Dr. Ann Ulanov. She holds a Bachelor of Theology from the University of Otago, New Zealand, having attended Knox Theological Hall majoring in Christian Thought and History. After graduation from Otago University, Dr. Swain served as Chaplain to Mental Health Services and later also as a CPE supervisor in Dunedin, New Zealand. She was ordained as an Anglican priest in 1995 in the Diocese of Dunedin of the Anglican Church of Aoearoa, New Zealand and Polynesia. Her STM thesis, “CAIRA: A Model of Professional Formation for the Supervision of Pastoral Ministry,” became the theoretical component of the CAIRA(NZ) Supervisors Training Course in NZ. Dr. Swain’s psychoanalytic residency was served at the Blanton Peale Counseling Center, NY. Her psychoanalytic integrative paper was titled “My God, my God. Why have your foresaken me? Psychic self-murder as a response to trauma.” She served as a Chaplain for the American Red Cross in 2001, and thereafter with Disaster Chaplaincy Services, NY on their Leadership Team, and now as part of their CISM team. Canonically resident in the Episcopal Diocese of New York, Rev. Dr. Swain most recently served the church as Canon Pastor at the Cathedral of St. John the Divine, New York (2002-2007). She has served as the Diocese’s representative on the Board of New York Disaster Interfaith Services. She now oversees Anglican Studies at United Lutheran Seminary in addition to her Pastoral Care and Theology academic responsibilities. Dr. Swain’s research interests include pastoral formation and supervision, disaster spiritual care, the Anglican Communion, and women’s episcopacy.